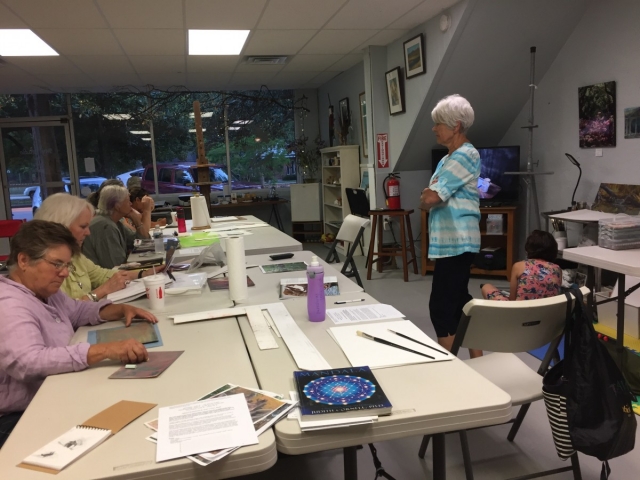 Currently Carolyn has been working on a series of seascapes in pastels.  “Nuances” is  an exploration of the moods, times and seasons of the oceans, beaches, sand dunes and skies that are constantly shifting.  Another fascination in subject matter is architectural elements such as winding stone stairways, arches, storefronts, bridges and cultural facades.   “River cruises in Europe have provided me with many opportunities to capture the essence of different cultures and times.”

Working in pastels has allowed Carolyn to pursue both painting and drawing.  By alternating with oils she has been able to take from each medium those elements that enhance her work and allow her to choose the medium that best expresses the emotion she wishes to convey.

She has studied with well-known artists and instructors including Elizabeth Mowry, Alan Flattman, and Joyce Nagel in pastels and with David Mascaro for a complete foundation in fine art.  She also studied at USC-Aiken with Al Beyer, Professor.

Recently Carolyn has begun teaching to share her passion for pastel with others, particularly those in the early stages of discovery.  She has been able to draw on her former skills as a teacher and trainer in business.