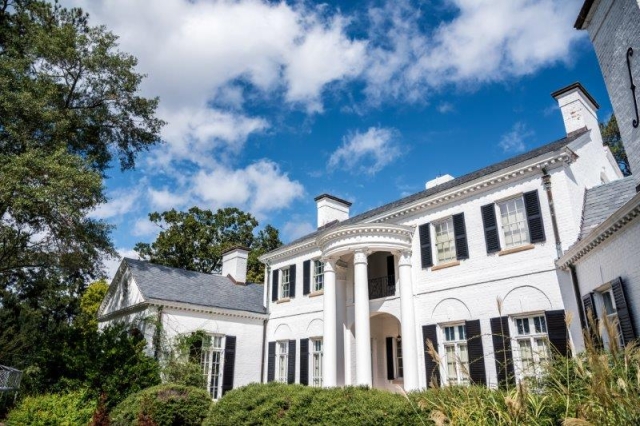 Set within one of Aiken's famed "Winter Colony" cottages, the Aiken County Historical Museum, also known as "Banksia" after the Banksia Rose, will enthrall visitors with Aiken's past, present and future.  Unlike many musuems, the ACHM is a living museum with exhibits changing frequently and often consisting of items residents bring in for that special exhibit.  Items that are privately owned, but a part of our shared history.

Banksia, made up of two homes, was originally built in 1860 was subsequently purchased in 1931 by Mr. Richard Howe, northern horseman and owner of the International Harvester Co.  Mr. Howe was superstitious and rather than tear down the house in order to have a proper Aiken "cottage," (an Aiken "cottage" was considered to consist of at least 22 rooms), the house was moved down the hill and a grander home was built and connected to the original home.  It now consists of 32 rooms, 15 bathrooms and a full size ballroom.

In later years, this elegant home was used for many other reasons including being the first site of the University of South Carolina Aiken.  Currently, it is open for all to see and enjoy as you learn about Aiken's past, present and future.

No admission, though donations are accepted.