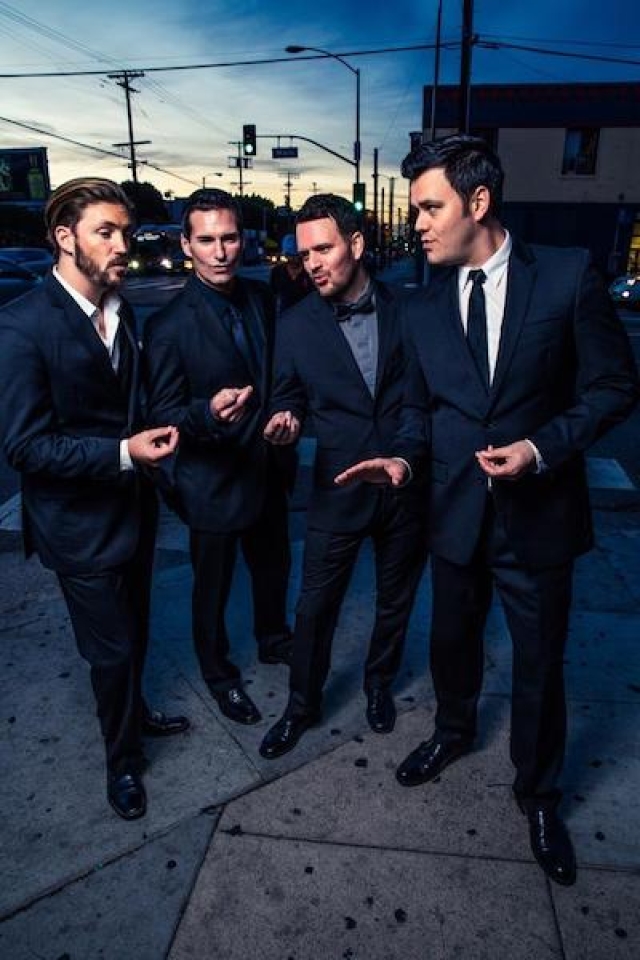 Landon Beard, Todd Fournier, and brothers Brian and Brandon Brigham were brought together as a quartet by the legendary Frankie Valli. For well over a decade, they’ve wowed audiences as the four voices alongside the rock & roll icon! During their long tenure, they·developed their own identity, and in the studio, they finely tuned their "signature sound" to iconic Frank Sinatra hits, blending the classic sounds of yesterday with today's modern style. This discovery led to a cool new take on the popular hits of Pop, Rock, Jazz, and Doo Wop!

As well as performing with Valli·on the world’s biggest stages, they’ve represented their country on, "A Capitol 4th" in Washington D.C. with Michael McDonald, Patti LaBelle, John Williams and others, and appeared twice on the Broadway stage. They've toured the U.K., Asia, Israel, Canada, Australia and New Zealand. They were recently featured in a special concert, “Doo Wop Generations,” which aired on PBS stations across the country.

When THE MODERN GENTLEMEN take the stage, they bring their charm, high energy, and spot on vocals with harmonic perfection!