Find it on Google Maps 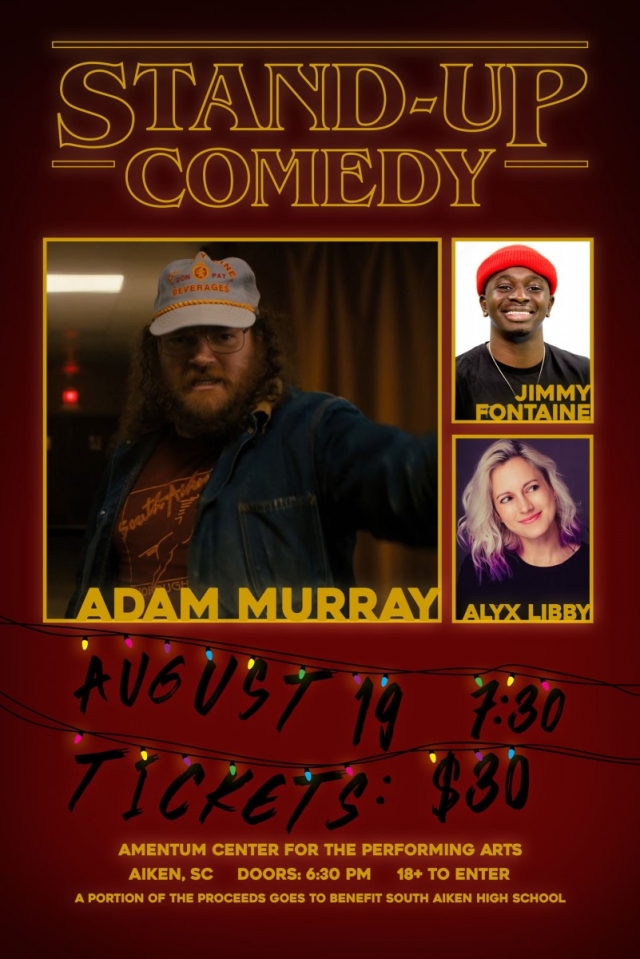 You've seen Adam Murray wearing a South Aiken H.S. shirt in the Stranger Things series, what you might not know is that Adam is a hilarious comedian with hilarious comedian friends and they are all coming to town to do standup comedy on August 19th!! A portion of all ticket proceeds will be donated to South Aiken High School! Make sure to grab a ticket before they are all gone!