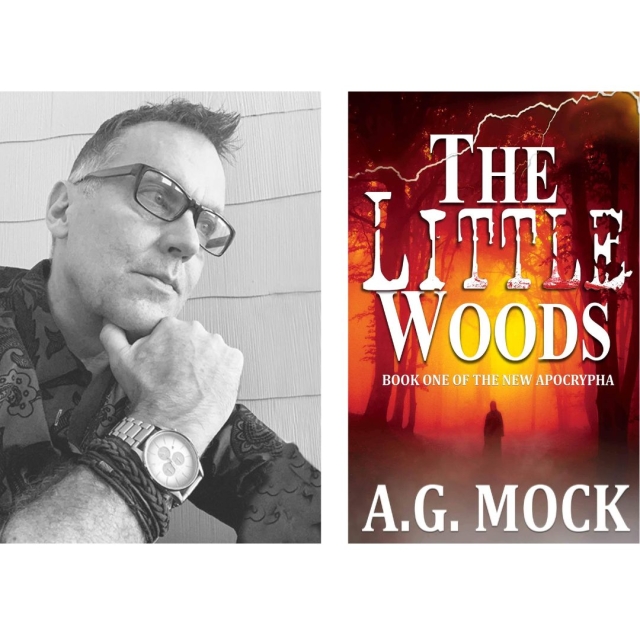 Join A.G. Mock as he talks about  his debut novel The Little Woods: Book One in the New Apocrypha series.  Frighteningly suspenseful and emotionally charged from page one, The Little Woods unfolds through two parallel-running storylines—each chapter alternating between the horrifying events of 1977 and their chilling repercussions in 1995.
When both converge, the result is a taut and twisted climax of biblical proportions and an ending certain to leave you as satisfyingly on edge as you are shocked!  If you like the coming-of-age movie Stand by Me, are horror-stricken by Golding’s Lord of the Flies, or delight in the terror of Stephen King’s IT or Pet Sematary, then you’ll love The Little Woods.