Trainer David Donk to speak at Breakfast at the Gallops 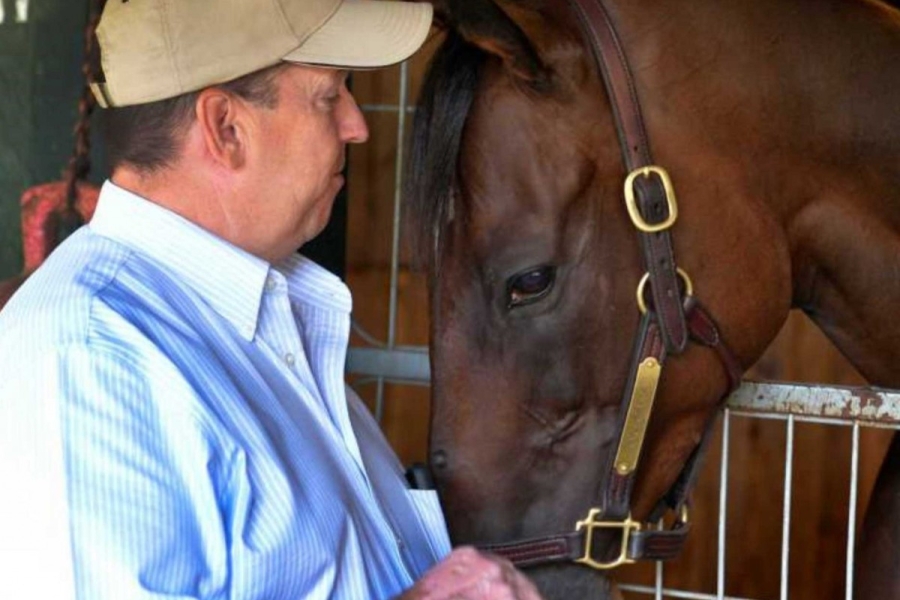 Trainer David Donk to speak at Breakfast at the Gallops

Born and raised near Finger Lakes Racetrack, David grew up across the street from a Thoroughbred farm where his family boarded horses. He worked at Finger Lakes as a teenager on weekends and during the summers. He was introduced to racing by his father who has owned racehorses since 1968.

Donk worked for the late Hall of Fame trainer Woody Stephens in Florida during the winter of 1984-85 and continued his apprenticeship with Stephens until 1990. He helped train Forty Niner at the Aiken Training Track.  Forty Niner was the 1987 Eclipse Award Champion 2-Year-Old Male and elected to the Aiken Thoroughbred Racing Hall of Fame on March 18, 1988.

He also trained Awad winner of the 1993 Secretariat Stakes [G1] and the 1995 Arlington Million [G1] and had careers earnings of $3,270,131.  Awad was bred and owned by Ryehill Farm who also owned Aiken-trained

David started his own stable in late 1990. Henryk de Kwiatkowski was one of his first clients and together they won three stakes during the first year of their partnership. Since then, David has won many New York and Grade 1 stakes races and is considered one of New York’s top trainers.

Breakfast at the Gallops will be an opportunity to observe juveniles who are preparing to go to the races and older campaigners, work before leaving to go to the racetrack.  Local trainers will be on hand to talk to participants about the various training methods used to train Aiken’s equine athletes.  There will also be a Thoroughbred racing trivia contest with numerous prizes to be given away.

Those in attendance should enter the Two Notch Road entrance that is closet to Audubon Drive.  Vehicles must stop for all horses. Breakfast begins at 8:00 a.m.

Tickets for “Breakfast at the Gallops” are on sale now and are $20 each in advance and $25 each at the gate. Space is limited and tickets are available for purchase at the following locations: Aiken Training Track Office, Odell Weeks Center, Aiken Visitors Center & Train Museum (406 Park Avenue SE), Folly (downtown Aiken) and Meybohm Realty (downtown Aiken).  Tickets may also be purchased online at http://www.aikenracinghalloffame.com/Special_Events.html or http://www.aikentrainingtrack.com. There are no refunds.

A portion of the proceeds from the event will go to support the Aiken Thoroughbred Racing Hall of Fame and Museum.

For more information, call 642-7631, 643-2121, e-mail halloffame@cityofaikensc.gov or visit the Hall of Fame website at http://www.aikenracinghalloffame.com.